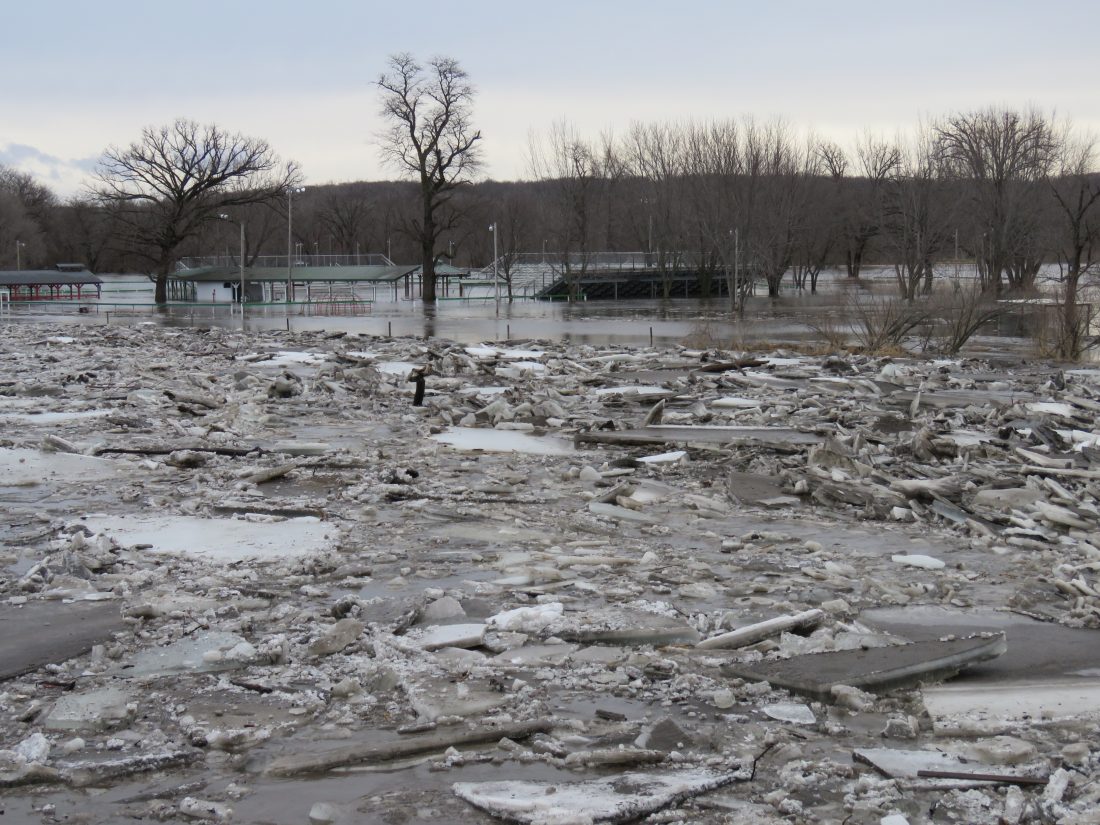 CONTRIBUTED PHOTO FEMA funds will supplement the Sac & Fox Tribe of the Mississippi in Iowa’s efforts in the areas affected by the severe spring storms and flooding.

MESKWAKI NATION SETTLEMENT — The Federal Emergency Management Agency announced federal disaster assistance has been approved to the Sac & Fox Tribe of the Mississippi in Iowa for spring flooding.

The funds will supplement the tribe’s efforts in the areas affected by the severe storms and flooding which occurred from March 13 through April 1.

Signed by President Donald Trump, a declaration acknowledges that a major disaster exists within the Meskwaki Nation and orders federal aid be made available to supplement the Tribe’s recovery and rebuilding efforts. Funding will be available to the Tribe on a cost-sharing basis for emergency infrastructure work and for the repair/replacement of facilities damaged by the severe storms and flooding.

“It was exciting to receive notice that the requested disaster declaration was signed by the president of the United States,” said Meskwaki Natural Resources Director Jarrett Pfrimmer. “This is the first time the tribe has had the capability to be a direct applicant and was not required to apply through the State of Iowa. This partnership will not only provide financial assistance for the recovery efforts, but includes the opportunity to lessen future impacts on public infrastructure and resident housing as observed during this flood.”

Additional assessments and designations may be made by FEMA, at a later date, if requested and warranted by the results of further damage assessments.

“By working directly with FEMA, this landmark decision demonstrates to us that the federal government recognizes our inherent sovereignty as a tribal nation,” Tribal Chairman Anthony Waseskuk said. “We thank FEMA and the president for approving the declaration. It is encouraging to see leadership at this level cooperatively working with us to ensure our cultural lands can be preserved.”